The Gambler (2014) Complete track list, all songs played in the movie and in the trailer, who sings them, soundtrack details and the entire music playlist of the album. 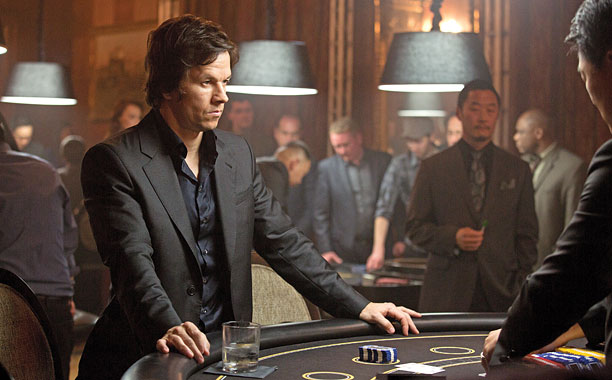 Have a look below to see the official soundtrack list for the 2014 crime movie, The Gambler,  including scene descriptions and name of the songs played in trailers and movie

Jim driving to the tennis field, to meet his mother.

After Jim takes the money from his mother.

Jim and Amy getting into the casino with the money.

Another Wave From You – M83

Jim gambling and losing everything.

Before Jim gets caught on the street by Neville.

Jim at home when he gets called by Neville threatening him.

Jim fights with Amy on the hallway, asking for breakup.

Party after the basketball game.

Jim runs on the streets after he wins and pays off his debts.

During the basketball game, Lamar scoring.

Jim meets Big Ernie who picks him up.

I Get A Kick Out Of You – Cole Porter

Watch the trailer for The Gambler
Tags:
Previous Article
Tinker Bell and the Legend of NeverBeast Soundtrack List
Next Article
Everly Soundtrack List