Her Soundtrack List (2013) – Tracklist, all songs played in the movie – playlist and who sings them. 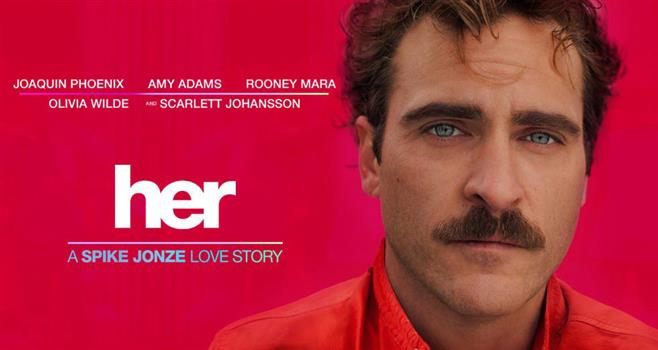 Have a look below to see the official soundtrack list for the 2013 comedy film, Her, including scene descriptions, additional music and end credits songs, along with the time when they are playing in the movie.
Music by various artists.

Instrumental when Samantha and Theodore go out. Also playing in end credits.

Music in background when Theodore is going to a date

Theodore and Samantha go on a Sunday adventure.

Song playing in the scene from Theodore’s room

Second song playing when Theodore is at a substitute date

Samantha and Theodore sing this song in the cabin

You can listen to the full song from Her soundtrack here