Dallas Buyers Club Soundtrack List (2013) – Tracklist, all songs played in the movie – playlist and who sings them. 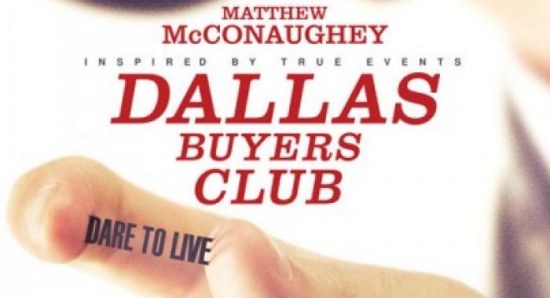 Have a look below to see the official soundtrack list and the songs playing in the trailers for the 2013 drama movie, Dallas Buyers Club, including additional music and scene descriptions, along with the time when each song is playing during the movie.
Music from and inspired by the film, by various artists.
Official soundtrack list:

2. Following Morning – The Naked and the Famous
3. Hell and Back – The Airborne Toxic Event
4. Ready To Be Called On – My Morning Jacket
5. Life of the Party – Blondfire
6. The Walker (Reyland Allison Remix) – Fitz and the Tantrums
7. Shudder To Think – Tegan and Sara
8. Mad Love (Acoustic) – Neon Trees
9. Main Man – Portugal. The Man
10. Stayin’ Alive – Capital Cities
11. Romance Languages – Cold War Kids
12. Burn It Down (Innerpartysystem remix) – AWOLNATION
13. After the Scripture – Manchester Orchestra
14. City of Angels (Acoustic) – Thirty Seconds to Mars

Song played in the strip club when Ron meets the cleaning man from the hospital, giving him the pills, several times.
Also played when Ron gets back from Mexico and selling the pills

Song played by Rayon in the office before the customers come in.
Also playing when Rayon gets sicker and goes to hospital. (1:30)
End credits song

In the scene where Ron has arguments with his friends, after they find the news

Melody playing in the gay club

Second song playing in the club, when Ron is making a sale

Ron is dealing with doctors , buying pills from around the world.
Also played when Ron gets the new club place. ( 1:24)

Scene where the doctor is resting her head on Ron. Second end credits song.

The Heavy – What Makes A Good Man?