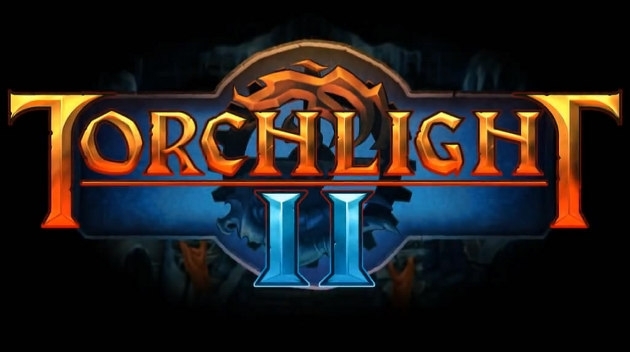 Are you Torchlight II fans ready to download the game soundtrack for free? Well, Runic Games has decided to give the fans an unexpected treat! They are offering the soundtrack of game for free download, at a CD-quality sound.

But that’s not all, for the most passionate of you who wish to also have the physical product, Runic is also thoughtful enough to even include nifty CD inserts to print out as well.

The whole download package includes a PDF of the front and rear artwork and track listing. Apart prom the printing treats, the album features the 28 songs included on the tracklist of the Torchlight II Soundtrack.

And speaking of the soundtrack, you may know by now that it was composed by Matt Uelmen, who also mastered the music for Diablo 2. Uelmen recorded a live symphony for the game’s soundtrack in Bratislava, Slovakia.

Torchlight II will cost $20 when it is released to Steam on Thursday, September 20th, 2012. So for a short recap: Runic is letting you pretty much do what you want with the Torchlight II Soundtrack: the 120 MB includes the 28 tracks along with a high-resolution booklet which can be printed out and shoved inside a CD case.

You can grab the package here.

Below you can view the tracklist and pictures of the booklet pictures. 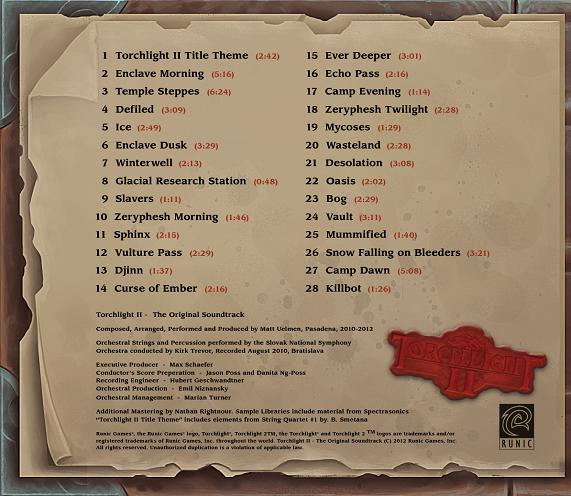 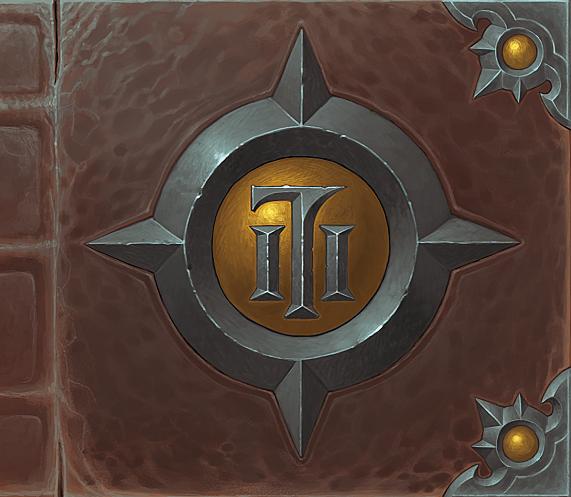 Below you can listen to some of the songs included on the soundtrack: